Can it be that Games Day 2011 was a whole week ago already? On the plus side, that means it's only fifty-one weeks until the next one. And I say that as a good thing.
Anyhoo, I always like to do a little post-match blog of events like Games Day, but due to the fact that deadlines are baying outside my office window like giant, baying deadline-y things, I'm going to break it down into a few bulletins this time.
First up today - where would a Games Day be without Ghosts reporting for duty? Let's take a look at some of the Tanith Finest I managed to snap this year... 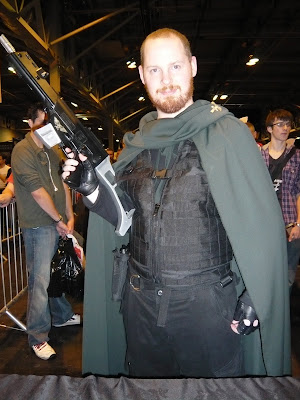 Nice cape-work, sir, and I like your body armour. 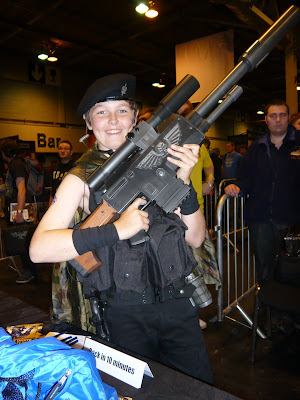 In almost any 'Best Tanith Costume' competition, Connor McElligot here's gonna win by dint of his boyish cheek, and his dad's frightening attention to uniform detail. The AWESOME long las prop helps, too, because it's AWESOME. Also, did I mention it was AWESOME? Is it wrong to covet the possessions of a minor? Is it REALLY? 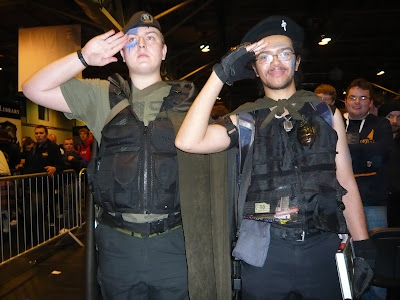 Do these guys want to live forever? Presenting two members of my very own answer to the 501st. Synchronised present and salute. Full fething marks! 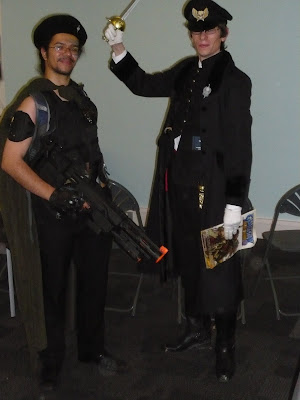 Now, with added Commissar! This was at the seminar, first thing. Picture it - you're talking to a group of readers, and the meeting is attended by one of your fictional creations, and one of his fictional men... 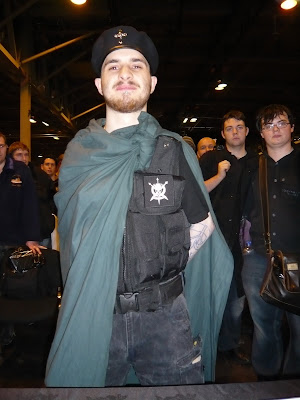 The Emperor protects. The Emperor also makes those guys in the background think "crap on a stick, I wish I'd dressed up like a Tanith Ghost..." Well, that's what next year's for, fellahs!
Posted by Dan Abnett at 3:01 pm

REMEMBER TANITH!
Thanks for a day made entirely of win.

This is really just fething great. I love the dedication of the feth-heads, truly. This inspires me to get back to work on my commisariat outfit.