Free Comic Book Day (or, May The Fourth be with you)

Be it an old gag, or an internationally recognised Festival, May the 4th is also this year's Free Comic Book Day, and I'll be a Forbidden Planet in London from 1 PM supporting 2000AD's FCBD publication, alongside Al Ewing, Ben Wilsher and - oh my goodness! - Ron Smith! Details, well, here. We are, apparently, "Legends of 2000AD", and with all due respect to the lovely Al and Ben, I suspect one of us is rather more legendary than the other three. And by that I mean... RON SMITH!

In the meantime, no blog post is complete without pretty pictures, so try this, the cover of the book I'm finishing now: 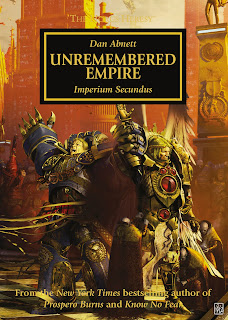 When you've done salivating over Neil Roberts's fine work, get your blinking gear around this: 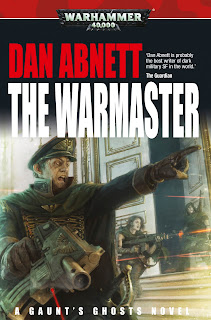 And if that wasn't enough, here's the cover to a book I wrote oh... quite a while back... which is now being reissued as the first of the "Classic" series: 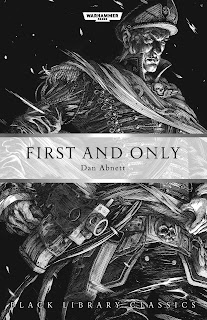 Any minute now, those lovely people at Black Library will be launching Gilead’s Curse, which is not only one of my all too infrequent forays into the Warhammer side of things, but one of the rare and exciting opportunities I have to collaborate with Nik Vincent (ie, the wife). 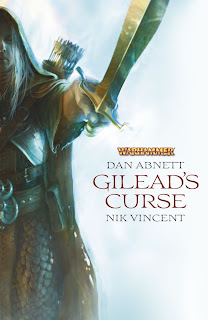 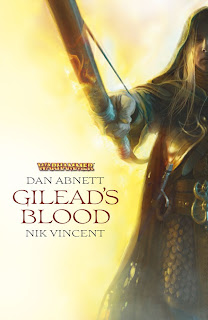 Gilead’s Curse  will appear alongside a reissue of our previous collaboration, Gilead’s Blood, which was published by the Black Library back in ninety-ten-a-hundred-and-frozen-to-death (and don’t you just love Stefan Kopinski's gorgeous matching covers? Two sides of Gilead!).

Nik and I have collaborated on quite a few projects over the years, and will continue to work together in the future: stand by for an adjunct to the Sabbat World’s Crusade saga.

Gilead’s Blood was the first time we properly collaborated on a book. Hammers of Ulric was our second effort. Curse was a wonderful opportunity to return to such a powerful character as Gilead, and it has demonstrated to us that we can have as much fun working together as we have living together

So, grab a longbow and a decent sword, and delve into the adventures of this longstanding character. It was very satisfying to revisit him after all these years, and we jumped at the chance to write him again, because so many people at GamesDays and conventions asked us for more Gilead. It's funny to discover what an enduring figure he has become for certain people.

Oh, for those of you who don’t know, the Gilead books are about an elf, who is cut off from his ancestry and is roaming a lone path through a human-controlled world in search of his destiny. I’m told that we do particularly good Skaven, but the Skaven were actually Nik.

Don’t get Nik started on sand.

By the way, back in the day, Forge World produced a large scale figure of Gilead based on the original cover art. I had one, because they very kindly sent me one, but it's long since disappeared into the black hole of innumerable moving days, and Forge World no longer have the moulds. Anyone out there got one? I’d love to know. Answers to the usual e-mail.
Posted by Dan Abnett at 9:18 am 8 comments: