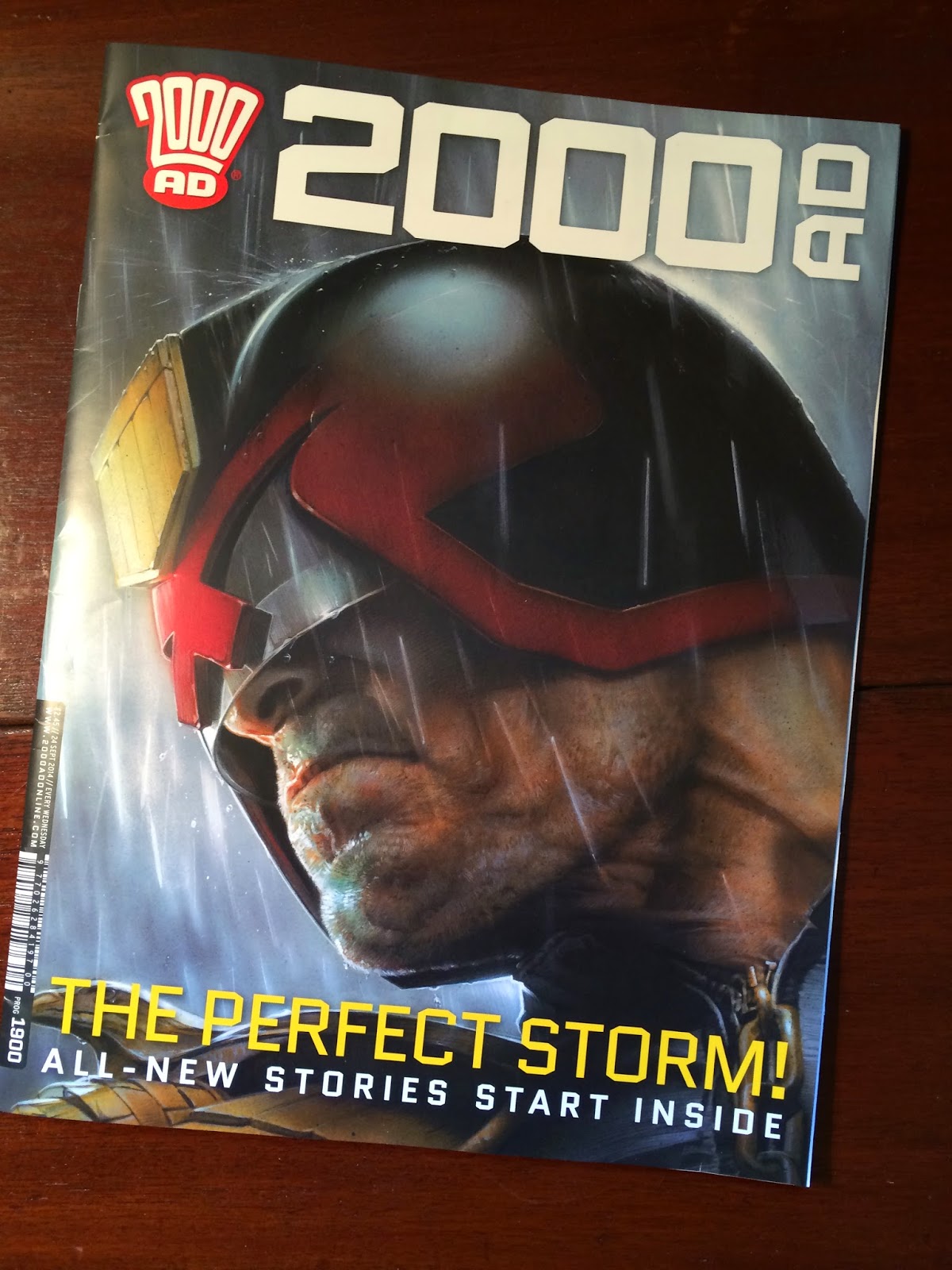 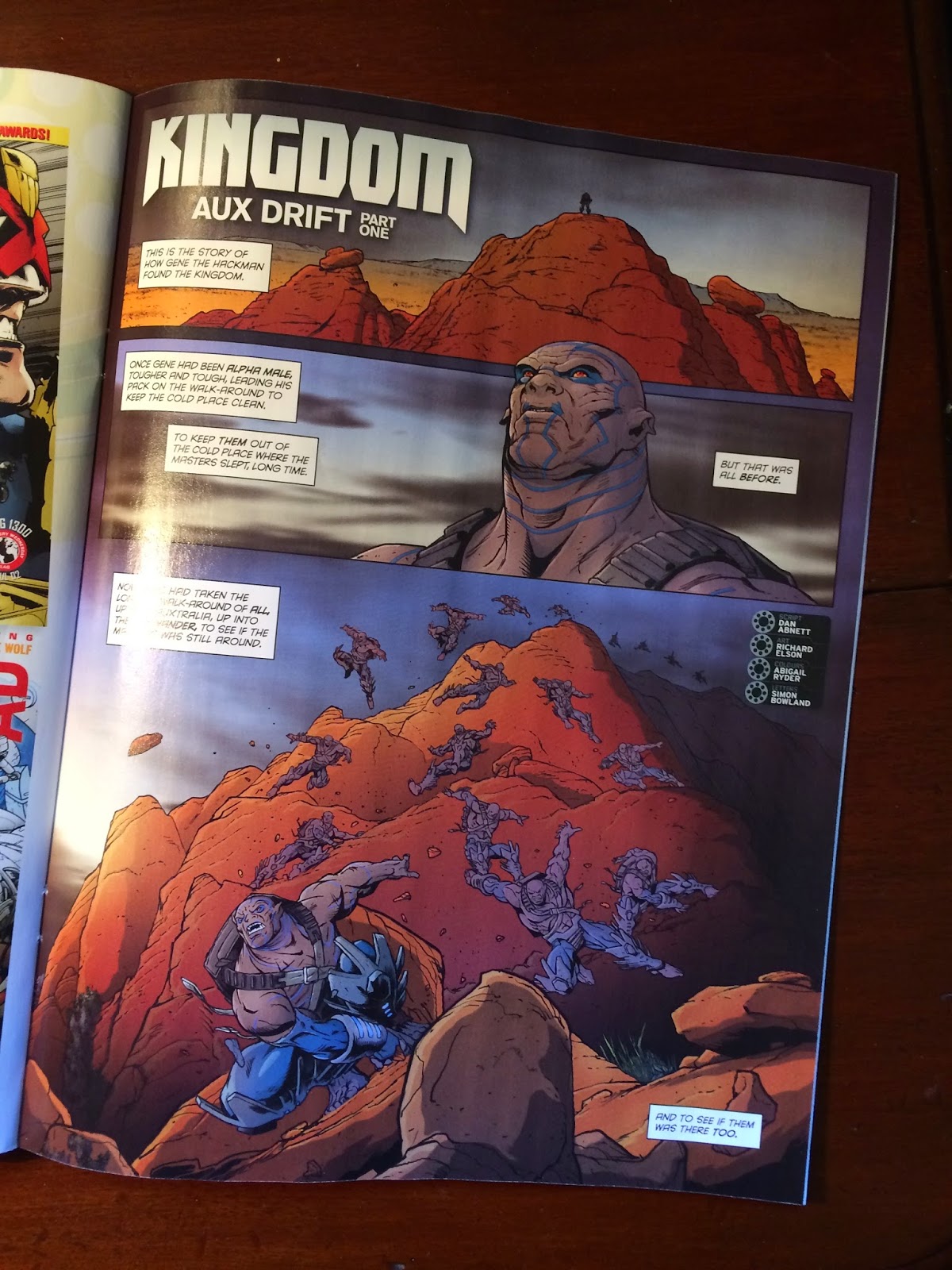 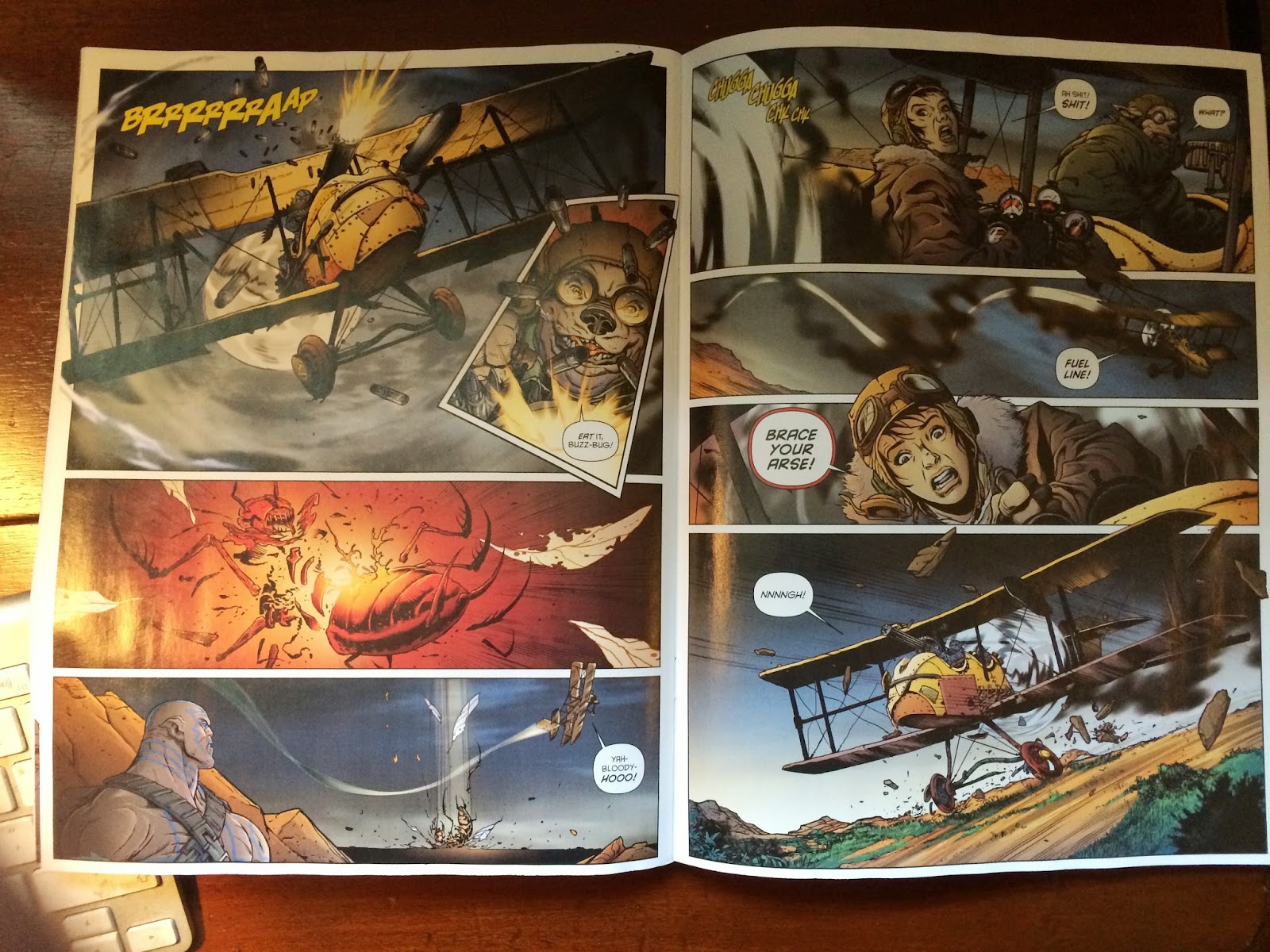 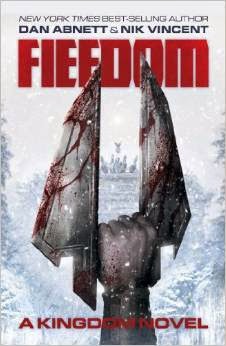 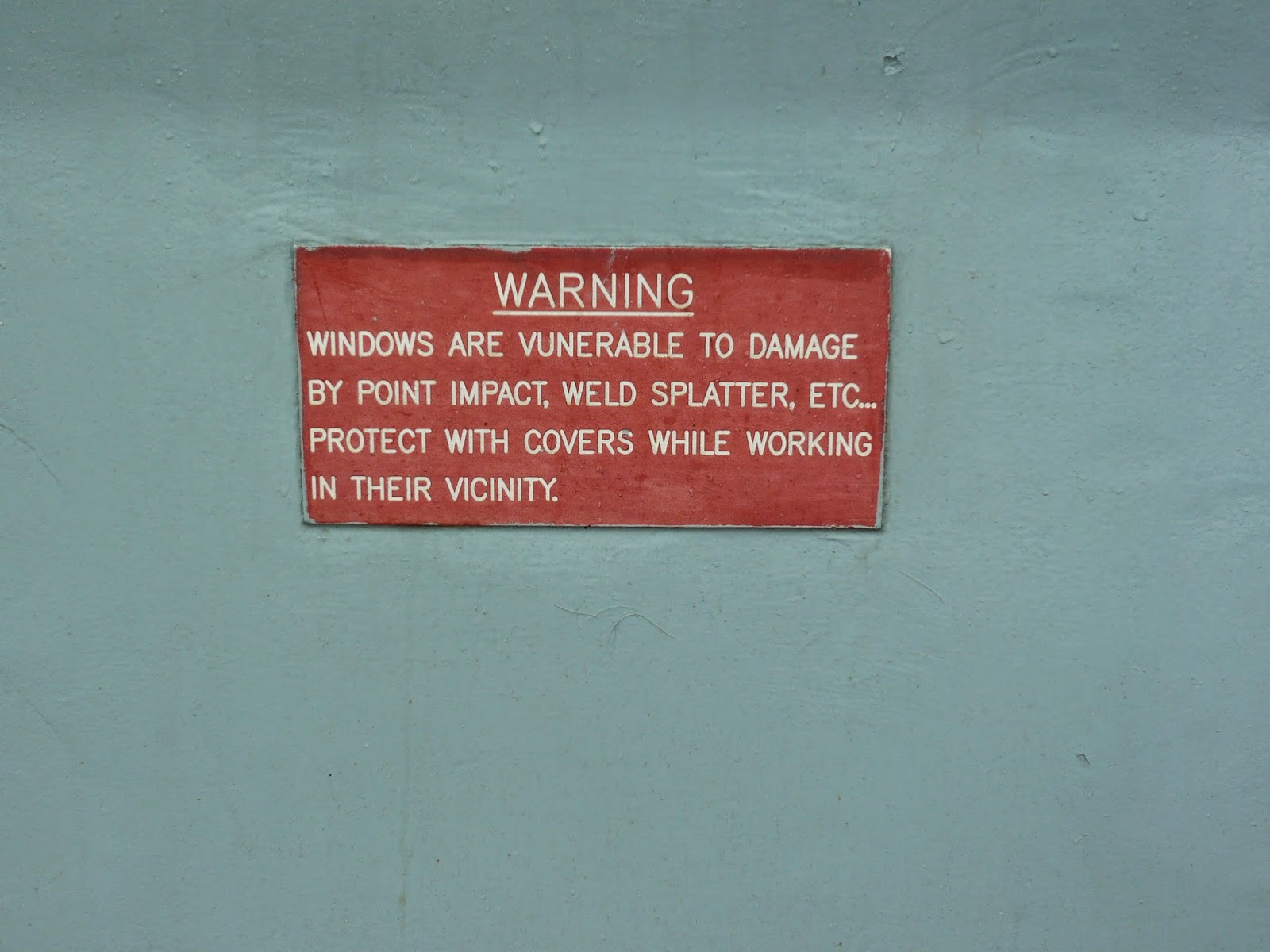 Taking the time to look back over my blog-posting history for the last year or so (since Tuesday, 18th of June, 2013, actually) I am struck by one particular detail.

There, I said it. I’m not. No idea why, really. I mean, it’s not as if I can’t words put order right in the together. And it’s not as if I don’t have either the facility or willpower to write every day.

The truth is, the last year or so has obviously been an extended effort by me to construct an ongoing post-modern blog, a sort of un-blog or anti-blog, exploring the inner dynamics of the unsaid and unwritten. I mean, it’s all there for you to see. My post about writing blogs in invisible ink. My post about the unspoken blog. My four incisive posts about my efforts to blog telepathically.  My guest blog by Mr Griffen of Iping, West Sussex. My blog post from the Microverse (sorry about the sub-atomic rescaling failure with the text on that one).  My innovative experiments in blogging with smoke signals. The semaphore blog. My blog using the medium of mime. My blog post about all the reasons I like the work of One Direction.

You’re not buying it, are you?

The real truth is, some people are natural bloggers and some are not. I can think of many blogs I read regularly that I admire, and then think “how did they do that?” Not just “how did they find something amusing to say?” but “Where did they find the necessary energy with which to say it?”

Nik’s a very good blogger, for example. Check her out here. Not only does she find interesting topics to discuss, she blogs regularly. The double threat. She’s not afraid to engage with provocative subjects and talk about them openly. And, you know, have an opinion that might be unpopular.

Why can’t I do that, I wonder? Am I just a people-pleaser? Do I see my blog as simply a social network tool with which I can shop-window stuff, a process that eventually becomes vacuous and repetitive even for me? Am I afraid of being contentious?

Part of the problem (no, ‘problem’ is too big a word), part of the issue is the society of the internet. This has been written about many many times, with greater depth and understanding by better, cleverer commentators with better, cleverer blogs and better, cleverer insight (and better, cleverer grammar) so this is an infantile generalisation that barely begins to even point at the surface let alone scratch it, BUT… The moment someone posts even the mildest opinion on-line, you know that by the intricate, arcane action-begets-reaction algorithms of the internet, someone somewhere MUST take giant fucking exception to it. And then respond in the most outraged way. ***

And then... then the temptation is to respond, to gently and politely explain that “no, that’s not quite what I meant...” and the next thing you know it’s ramped up to flaming and trolling and land wars in Asia before bedtime.

I’m not, for a moment, suggesting that I want to adopt the mahooosively hypocritical stance of saying that I’d like to use my blog to express my opinions on this or that, but I’d prefer it if you kept your ignorant disagreements with said opinion to your own fucking selves.  Everyone is entitled to his or her opinion, and the sharing of said opinions is one of the beautiful freedoms of the on-line world.

It’s just that... well, people. People are people (I speak on the basis of being one of them). Protocol and manners, just basic manners, on the internet, are pants-awful. The on-line mask seems to empower folks to just say, out loud, with real words, stuff they would never even dream of saying (or even thinking) in person. That’s one thing.

The other is that the general scope of digital comments (I’m including not only blogs and their comments threads, but also forums, emails, texts, Facebook etc) generally and obviously lack nuance, subtlety and inflection. People bash out comments fast and casually (just as they should, immediacy of response is just another of the internet’s virtues), often without reflection or redraft (or, you know, spellcheck). Because they can, and why shouldn’t they?  What seems like a joke or a light-hearted quip when you bang it out gets read as rude or invasive (or simply perceived as such) at the other end. We all do that. I do it. I read innocuously-meant comments on Facebook and think, “oh well, entirely fuck you” and then realise that it was not at all intended as a ‘fuck you’ eliciting comment. If I’d heard it in person I’d have got the tone.

Maybe my blog post history for the last year is, in fact, the model example of perfect on-line expression, a sublimation of blogging. I have a blog. I posted nothing on it. No nuance was therefore lacking, and thus no one could be offended.

Except, of course, for the comments I’ve got about what a tiresome cockwomble I am for not blogging for over a year (don’t look for them - I deleted them, with a stabby finger).

So, do we call for a new digital protocol where nuance is stated in advance of a comment, so feathers can’t be accidentally ruffled? Do we start a comment with “This is a joke, meant light-heartedly and affectionately. I am smiling at you. My comment is [comment follows]. My name is [name here]” ?

Of course we don’t.

I guess I’ve realized that if I’m going to maintain a blog, it’s got to be a blog where I talk about things that interest me. You know, have an opinion and everything. Not just repost press releases and cool covers (lord knows, I’ll do that too).

That’s when I tense up. Here’s an example. I was reading a comic trade the other day. It was an acclaimed book by an acclaimed writer. I liked it, but I also had issues with it. Shock, there were things about it that I didn’t like. Can you even imagine?  Anyway, I thought I’d write about it. I didn’t want to offend the writer, or damn the book. I just wanted to talk about the things in it that I found problematic. But I didn’t because that would immediately become ‘comic writer slags off other comic writer’. Hello offences un-meant but very much taken. Hello being quoted out of context on news sites. Hello ‘that escalated quickly’.

But maybe I will. Maybe instead of not blogging at all because I find Internet manners and reactions wearisomely depressing, instead of waiting for the ‘it’s never going to happen’ moment when anonymous internet arseholery vanishes forever, I should just do what everyone else does and man up. Flames, trolls, misunderstanding? Oh what the fuck. Okay. Okay, if that’s an inevitable part of it. I can’t pick and choose.

I’m going to restart my blog. I’m going to give it one last go. I’m going to post the sort of things I did before, like work updates and appearance notices, and reports on events, but I’m also going to express my ideas and actual opinions (oh, the horror) once in a while, or I’ll lose interest again, the blog will become a bland, self-promoting dirge, and it will wither and die once more.

Let’s see how long this lasts.

Tune in next time to hear Nurse Chapel say “Captain, how the hell did I end up in the muppets?”


*** It’s always extra helpful, I find, if this response is delivered a) with the least possible regard for spelling and grammar and b) anonymously.
Posted by Dan Abnett at 12:49 pm 22 comments: